Prominent Chinese human rights lawyer Wang Quanzhang was sentenced on Monday to four and a half years in prison for state subversion, sealing the fate of another attorney swept up in a 2015 crackdown.

Wang, 42, who defended political activists and victims of land seizures, disappeared in the sweep – known as the “709” crackdown – aimed at courtroom critics of Communist authorities.

Charged in January 2016 with alleged state subversion, Wang had been the last of more than 200 lawyers and activists arrested in the 709 crackdown to be tried or released.

Wang was “found guilty of subverting state power, sentenced to four years and six months in prison, and deprived of political rights for five years,” the Tianjin Second Intermediate People’s Court said in a statement.

After more than two years of being in legal limbo – detained without a trial date – Wang’s court hearing took place behind closed doors in Tianjin on December 26.

At the time, the court said the trial was closed to the public “due to the state secrets involved”. 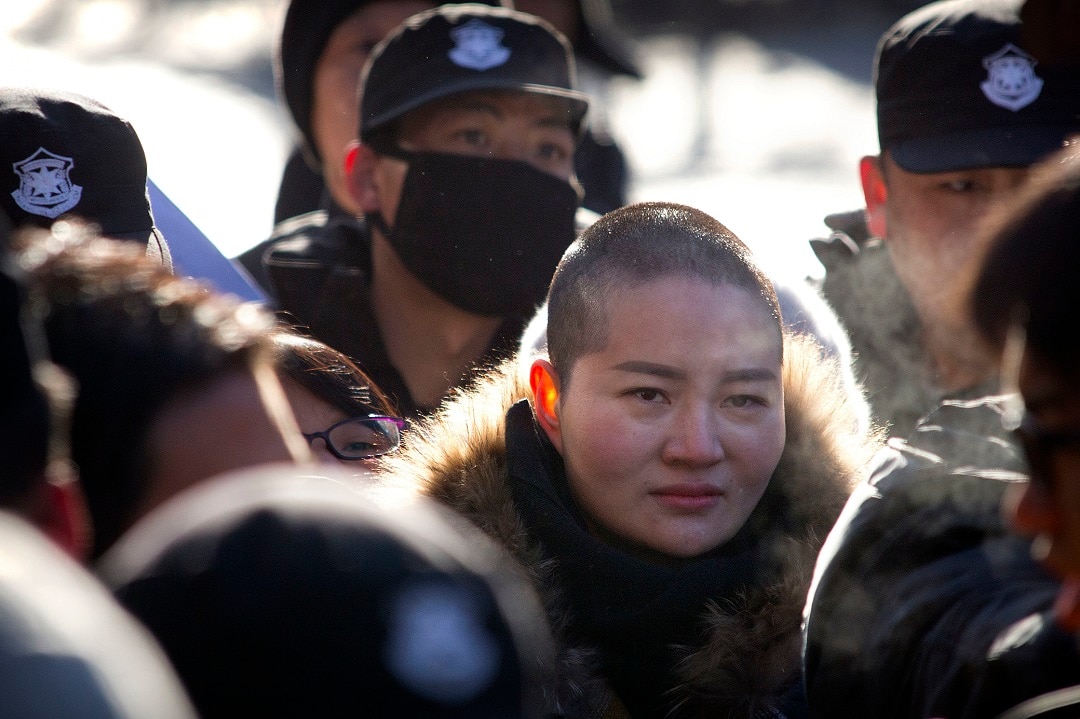 Wang’s wife Li Wenzu was placed under de facto house arrest the day before her husband’s trial to prevent her from attending.

Li has actively protested her husband’s detention. Last April, she attempted to march 100 kilometres (60 miles) to the detention facility in Tianjin where her husband had been held.

In December, before Wang’s court date was announced, Li and three supporters shaved their heads and tried to submit a petition to a Beijing court protesting Wang’s detention.

“In the past three years, the Chinese government has not only detained and imprisoned rights lawyers but also debarred them,” she told AFP.

Showdown at Chinese University campus over posters and politics

Inside the pro-China network targeting the US, Hong Kong and an...