A high-ranking Buddhist monk, a famous television presenter and the head of an NGO are some of the latest men to be publicly accused of sexual harassment in China, where the #MeToo movement has had a resurgence.

Earlier this year an accusation against a male university professor on China’s Twitter equivalent Weibo, which saw the professor sacked, encouraged more Chinese women to share their experiences.

The first report came from a Chinese woman living in the United States, who was inspired by the women speaking up in Hollywood and on social media.

Beijing’s censors quickly stepped in to frustrate the online movement’s growth, but last month’s allegations against high profile men have again put the spotlight on sexual harassment and assault in China.

‘Female victims are belittled by the system’

Lei, a campaigner for the rights of people living with Hepatitis B, stepped down from his position with the charity after admitting to the accusation — however he later told Chinese media that he thought the incident was consensual.

More women have since come forward with allegations about other well-known men, often discussing them with support groups on WeChat before posting them publicly.

PHOTO: Women have been sharing allegations of abuse using long screenshots of text, posted on WeChat and Weibo. (Weibo)

Li Ying, a lawyer and director of the Beijing Yuanzhong Gender Development Centre, said #MeToo had given a platform to women in China who previously had no voice.

“Before the #MeToo movement in China, many people chose to be silent. Many female victims are belittled by the system,” she said.

The movement also spread to China’s media, after an anonymous woman accused veteran Chinese journalist Zhang Wen of raping her.

Zhang initially denied the allegation, then later admitted to having sex with the woman who wrote the post but denied it was not consensual. He also attempted to discredit the women who had made the claims by criticising their personal lives.

“She used to tell me that she had many boyfriends back in university. One of them was her teacher who was married,” he said of the woman who made the rape allegation.

He made similar disparaging comments about both Ms Jiang and Ms Yi, which many Chinese netizens criticised as an attempt to “slut shame” his accusers.

PHOTO: Some images supporting the movement in China use English as well as the Chinese term “rice bunny” (米兔), which is pronounced “mi tu”. (Weibo: Guangzhou Gender and Sexuality Education Centre)

Others posting online defended Zhang and echoed his comments about the accusers, a behaviour Peng Xiaohui from the China Sexology Association said reflected a weakness in the #MeToo movement’s approach.

“Online media is easy to induce cyber violence … some onlookers use online language violence to vent their anger and join in the crowd,” he said.

“I think it may cause more negative consequences than positive ones, if you ignore the legal procedures and use this social media approach.”

The Beijing Yuanzhong Gender Development Centre released a report in June that said of the more than 50 million publicly available court verdicts handed down in China between 2010 and 2017, only 34 revolved around allegations of sexual harassment.

EMBED: Chart: Who sues over sexual harassment in China?

The overwhelming majority of those cases were brought by alleged harassers who had sued their employers after being sacked over a complaint, or sued their accusers on defamation grounds.

Only two of the cases were brought by alleged victims against an alleged harasser — yet survey results show that up to 40 per cent of Chinese women have experienced sexual harassment at work.

“It is difficult to go to the police or the court system to report this type of crime as many incidents happened years ago, many had no concrete evidence,” she said.

What is the #MeToo campaign?

The social media campaign helped victims speak out and has sparked change across the entertainment industry.

“For a long time, there has been victim-blaming happening in China. So reporting crimes to police could also bring reputational damage to victims.”

Despite being unsure about the benefits of #MeToo to alleged victims in China, Professor Peng was also critical of the legal system’s handling of sexual harassment.

He said the only reference to the crime in Chinese law simply instructs people to “oppose any sexual harassment towards women”, a fairly vague phrase on a legal level.

“This sentence actually says nothing, it’s just a moral declaration,” he said.

Public interest high, despite censorship of the issue

PHOTO: Top Buddhist monk Xuecheng has been accused of sexual and financial crimes. (Chinatopix via AP)

Perhaps the most powerful man to have sexual assault allegations levelled against him publicly was Master Xuecheng, the abbot at Beijing’s famous Longquan Monastery.

Public interest in the claims against him was so high that if you enter his name on Baidu, China’s answer to Google, they come up as a top suggested search — even though the results appear have been censored.

Authorities are reportedly investigating claims that he allegedly coerced nuns into having sex with him, embezzled money and committed a range of other crimes.

The allegations were made in a 95-page document written by two former monks. Police received the dossier earlier this year, however it leaked online and went viral at the end of July.

Xuecheng, who categorically denied the allegations, was until this week the head of the Buddhist Association of China, and has served as a member of China’s People’s Political Consultative Conference (CPPCC), the country’s top political advisory body.

It was revealed on Wednesday that he had resigned as the head of the association, however no reason was given for the decision.

PHOTO: Zhu Jun is one of China’s most well-known television personalities. (Wikimedia Commons)

Meanwhile, one famous television presenter in China is already preparing to sue his accusers — as well as any netizens who helped spread the claims.

Last month, a former intern at state television network China Central Television accused Zhu Jun of attempting to grope her, an incident she said she reported to police.

A friend of the former intern shared the story on social media under an anonymous account, and it subsequently went viral before being censored.

Zhu has denied the allegations, and his lawyers announced on Wednesday that they would be pursuing legal action against the friend who published the post, as well as any accounts and news websites that shared or continued to republish the claims. 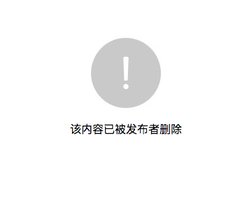 Some sites had already deleted their coverage of the allegations against Zhu by Thursday, and a hashtag topic covering the claims on Weibo has been removed.

Like Xuecheng, Zhu has also previously been a member of the CPPCC.

Lotus Ruan, a researcher at the Citizen Lab at the University of Toronto, said it was not uncommon for allegations about powerful people to be censored on China’s internet.

“Our past research suggests that keywords pertaining to leadership or content that puts the authorities in bad light are often the target of censorship,” she said.

Ms Ruan said this censorship was not necessarily the result of a directive from the Chinese government, as censors at Weibo and WeChat often “over-censor in order to play safe.”

“For example, Weibo users have used different language and dialect versions of ‘Me Too’ to resist the censorship of #MeToo.”

One year after going viral, China’s ‘Ice Boy’ has a new...

How China uses intimidation, negotiation to bring Christians under its control

What do Americans think of China?