The scandal at Peking University (PKU), in which the prestigious school attempted to silence student Yue Xin 岳昕, who was demanding transparency about a sexual misconduct case from the 1990s, seems to have ended without too many tears. On April 25, Yue, who endured harassment and intimidation from the school authorities due to her advocacy for a student victim of sexual assault, wrote and shared a note (in Chinese) to announce her return to the university.

“I want to thank every friend of mine who cared about and helped me. I pay my highest respects to every one of you,” Yue wrote. “I have returned to school already.”

The note came after Chinese internet users had expressed concern about Yue’s safety and freedom. Earlier this week, Yue released an open letter, saying that her mother, accompanied by a school staffer, forcibly took her home and grounded her after she submitted a petition to the school demanding information transparency regarding a two-decades-old sexual harassment and rape case.

Meanwhile, a user on social network Douban shared a photo showing some technicians setting up surveillance cameras at PKU. The caption (in Chinese) accompanying the photo reads, “To avoid more big-character posters (大字报 dàzìbào), PKU is swiftly installing cameras in the triangle.” The triangle, according to Shawn Zhang 章闻韶, is where the university’s historic “Democracy Wall” was located, and is where written posters defending Yue’s activism appeared but were taken down by the school. 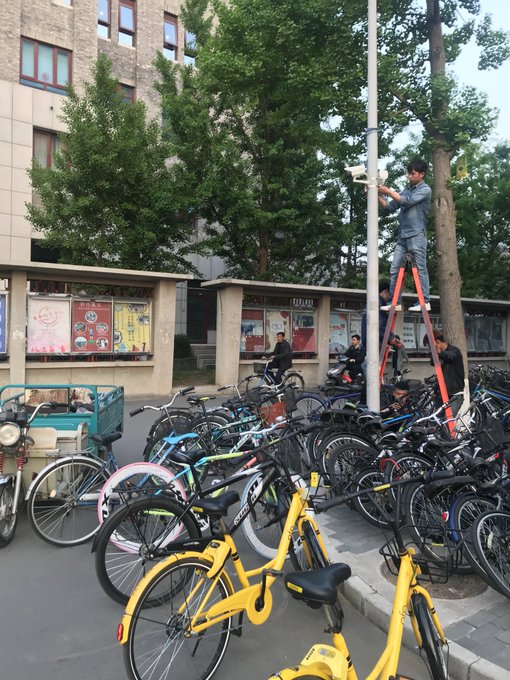 The emergence of such posters is not limited to PKU. At the Communication University of China, they were also found on campus, like the one below that reads, “Today, they censored voices from Yue Xin and we didn’t speak up. What will happen tomorrow?”

Why China is banning beards and veils in Xinjiang

China has just made it legal to isolate its Uighur Muslim...

Why you should care about China’s VPN crackdown

China’s Racing to the Top in Income Inequality