Chinese Students and Scholars Associations (CSSA) seek to monitor and control the speech of Chinese students and professors in Australia, according to a report on June 3. Similar monitoring and control by student organizations was reported in the United States in May. Chinese student organizations not only curtail free speech, but prescribe correct speech, for example a CSSA demonstration welcoming Chinese Premier Li Keqiang in Australia, and protests against a Dalai Lama speech at the University of California, San Diego (UCSD), and against a presentation on human rights at Columbia University in New York City. The groups have launched similar interventions at Duke University in North Carolina, and in the United Kingdom. In May, a Chinese graduate student, Yang Shuping, gave a commencement speech at the University of Maryland in support of clean air and freedom of speech. The local CSSA denounced her in a video with multiple Chinese students praising China. State-controlled media in China condemned her, Chinese netizen complaints went viral, and likely intimidated, she apologized.

Picture above: Four student volunteers take an oath before entering the Lunar Palace 1, a laboratory simulating a lunar-like environment, for an initial 60-day stay, in Beijing on May 10, 2017. Four postgraduate students from the capital’s astronautics research university Beihang entered the 160-square-metre (1,720-square-foot) cabin — dubbed the ‘Yuegong-1’, or ‘Lunar Palace’ — on May 10, as Beijing prepares for its long-term goal of putting humans on the moon. Credit: STR/AFP/Getty Images

This type of control and influence of Chinese students abroad has persisted since at least the late 1980s. Today, there are about 150 chapters of the CSSA. Implicitly or explicitly, most if not all of them are officially recognized by the Chinese government.

Student members of the CSSA have been accused of espionage. This includes in Canada, and through its chapter in Belgium, from which student spies reportedly sent agents to the U.K., France, Netherlands, and Germany. The targets of infiltration were large laboratories and universities. One student intern in France was convicted in 2005 for “database intrusion”, spent just two months in prison, and became an instant hero.

Humorously, at least one chapter of the CSSA considers “political revolutions” to be within its mandate. The CSSA at Michigan Technological University has a constitution that admits its connection to the Chinese embassy, and states, “However, C.S.S.A. will not participate in any political revolutions, unless in special conditions.”

Chinese embassies frequently finance the student organizations, including through dinners, parties and travel. One chapter copied embassy text to its website. Columbia University disbanded its chapter of the CSSA in 2015. Its website stated one of its missions as, “facilitating the perceptions of China’s peaceful rise.”

Embassies reportedly attempt to handpick officers, and in the case of the Cambridge University chapter, reportedly supported the suspension of a CSSA election to keep its favored president, Chang Feifan, in place for an additional term. This resulted in the university disbanding the organization until it held an election, which she lost after reportedly breaking the rules against bribery by bringing up to 100 people out to formal dinners. That was one bright moment in the history of the CSSA.

Such government intervention, propaganda and strictures on freedom of speech are contrary to the principles of academic freedom. At Australia National University in Canberra, the leader of a Chinese student group had an aggressive encounter with a campus pharmacy that resulted in the removal of the Epoch Times, a newspaper run by a Chinese spiritual and dissident group, the Falun Gong. A lecturer was suspended because of an exam question about a common Chinese saying that Chinese officials only tell the truth when they are drunk or careless. Similar to the saying, in vino veritas, the question nevertheless offended Chinese students. Firing the instructor will cause other professors to walk on eggshells not to offend Chinese students, resulting in increasingly antiseptic instruction devoid of anything that might offend. That will decrease learning, and increase doldrums, for all students. In the case of the Dalai Lama speech, UCSD caved to the CSSA and promised an apolitical speech. To proscribe a topic in the speech of the Dalai Lama, a Nobel Peace Prize laureate, is laughable for an institution of higher learning that purports to academic freedom. In the case of the Maryland student, the CSSA response, in conjunction with other state responses, bordered on harassment given the power that the Chinese state has on her and her family in China. She likely apologized from a sense of duress. There was no “safe space” for her thoughts in Maryland despite our constitutional right to freedom of speech. Her sad example has a chilling effect on other Chinese students who might wish to express their true thoughts while abroad.

The manner in which the CSSA controls speech of not only Chinese students, but Chinese dissidents, professors, and even the Dalai Lama, means that CSSA erodes the richness of critical Chinese and other voices, decreasing the diversity of viewpoints available on campus.Restrictions on freedom of speech is an issue for which all students who want diversity should demand redress. Legitimate student-led organizations should oppose state-influenced organizations like the CSSA not because it is Chinese, but because it represses free thought and does not, because it may not, represent the diversity of Chinese perspectives. If a Chinese student organization does not represent the full diversity of Chinese perspectives, it is not simply Chinese, it is more particular. In this case, its messaging represents the Chinese Communist Party (CCP). There is a big difference between China and the party. Not labeling the CSSA for what it is, is not truth in advertising. 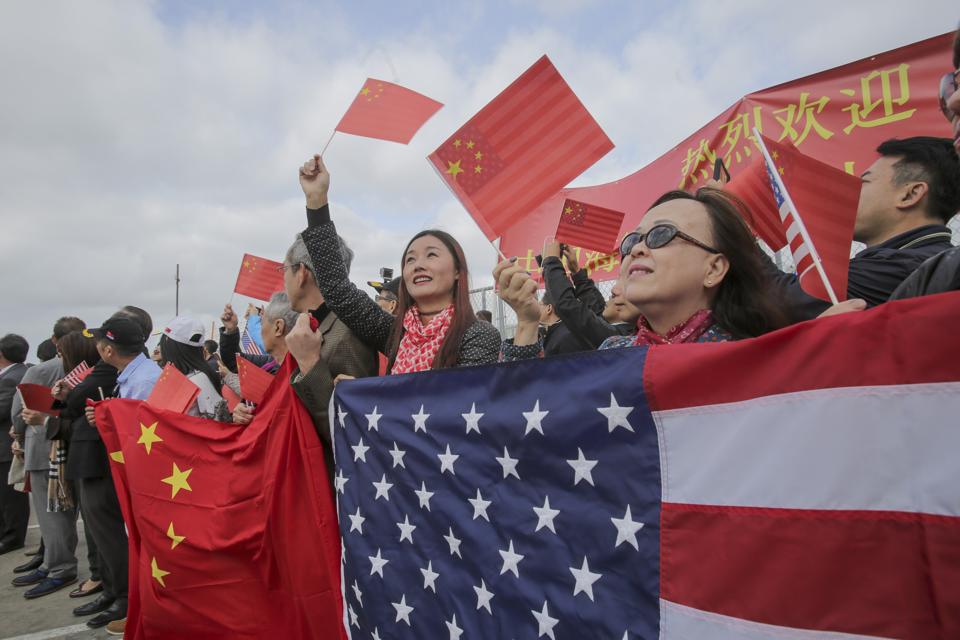 These authoritarian and ultimately coercive organizations should be banned or curtailed by not only university rules, which are likely to be lax due to revenues from full tuition paid by Chinese students, but by law, in order to protect the freedoms of our democracies, the academic independence of our universities, and the personal freedom of Chinese students studying abroad. Protecting these freedoms is a protection for hundreds of thousands of Chinese students, including 329,000 Chinese students who study in the U.S., and 150,000 in Australia.

If Chinese students in our democracies do not feel free to speak their minds, they are akin to second-class citizens. That is an ethical corruption of diversity, and of our egalitarian and democratic principles. Whatever the Chinese Embassy tells the students in the CSSA to say about their organization, they are better off without it. Ask one privately over a large bottle of beer or three. And, don’t believe the CCP hype.

In China no child is allowed in church; they are banished children of President Xi

Uighur leaders warn China’s actions could be ‘precursors to genocide’

China’s women’s movement has not only survived an intense crackdown, it’s...

Why China’s school dropouts are a cause for concern for its...