Taiwan has moved to explicitly ban people from eating dogs and cats, after its parliament approved a bill to punish those who consume and sell the meat of the animals.

The island’s Legislative Yuan approved an amendment to the Animal Protection Act on Tuesday, imposing a fine of up to NT$250,000 (HK$63,400, US$8,180) for eating or selling dog and cat meat, the Central News Agency reported.

The fine also covers food products that contain parts of the animals, and offenders’ names and photos may also be publicised, according to the report.

Under the amendment, those found to have deliberately harmed cats and dogs, resulting in their limbs being mangled or causing organ failure and death will also face a jail term of up to two years and a NT$2 million fine.

Presently, the maximum penalty is one year in jail and a fine of NT$1 million. The bill still has to be signed into law by the cabinet and presidential office before it will take effect.

Eating and selling dog and cat meat is already banned by local governments in some parts of Taiwan, but the law change will make it illegal throughout the island.

Opposition Kuomintang legislator Wang Yu-min had pushed for the change.

She said the amendment showed Taiwan was a progressive society on animal rights and could act as a reference for other Asian cities, Taiwanese news outlet Storm Media reported. 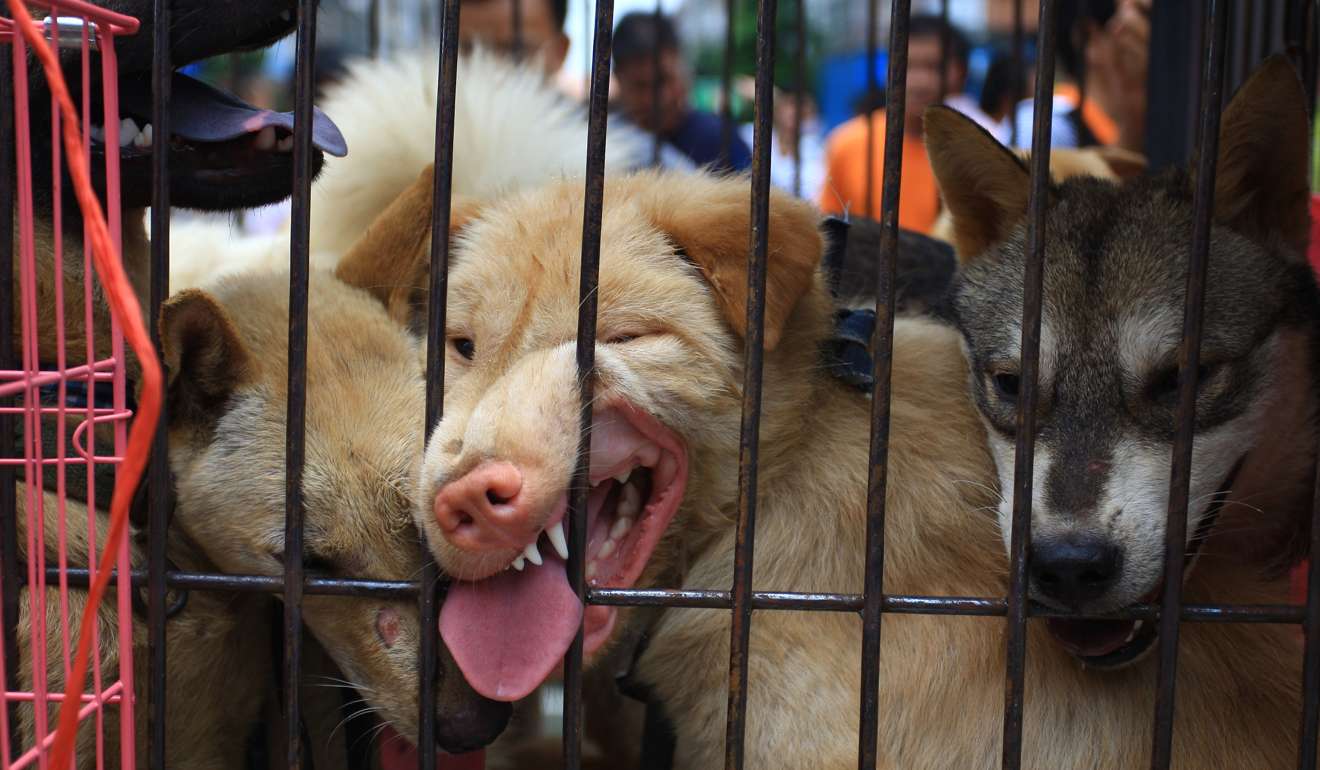 In Hong Kong, killing dogs or cats for food is illegal and can be punished by imprisonment of six months and a HK$5,000 fine, though the consumption of the animals is not banned.

But in mainland China, there is no law explicitly banning the eating or sale of dog and cat meat.

An annual dog-eating festival in Yulin, southern China, draws international condemnation every year, with animal rights groups calling for an end to the event.

Last year, American celebrities including Matt Damon and Pamela Anderson called for the festival to be banned. A petition opposing the mass slaughter of dogs received 11 million signatures.

Following the pressure, the Yulin government said it would no longer officially host the festival and that people would not be allowed to slaughter dogs for the festival in public.

The annual event would instead it would be run by commercial businesses and individuals, the government said.

Although the consumption of dog and cat meat is rare in Taiwan, the move is symbolically significant, according to the Society for the Prevention of Cruelty to Animals in Hong Kong.

While it might have been acceptable in Asia to consume the animals a century ago, Lee said it was becoming less morally acceptable to do so as values had changed and the animals – popular choices for pets – were now considered part of the family.

“It is a step in the right direction. We are optimistic that this [law change in mainland China] will eventually happen.”

Doctrine of the Mean

In China’s far west the ‘perfect police state’ is emerging

In China, video of deadly accident reignites debate over lack of...

Why is This Chinese Person Talking Loudly in the Library?