The suicide of one of China’s 61 million so-called “left-behind” rural children on Lunar New Year’s eve has sparked heated social media debate and calls that they be given more support from the authorities, mainland media reported.

The unnamed 15-year-old boy from a village in Yunnan province, who died after drinking pesticide, left a heartfelt suicide note last Friday saying he had killed himself after years of misery inflicted by his abusive migrant worker father during annual holidays, Chuncheng Evening Post reported.

“During every Lunar New Year, I was blamed and yelled at … Dad, When I die, you will be happy because you won’t be bothered anymore,” he wrote in the note.

During every Lunar New Year, I was blamed and yelled at … Dad, when I die, you will be happy because you won’t be bothered anymore.
A photograph of the boy’s suicide note immediately went viral after being posted on mainland social media.

The huge number of left-behind children in the nation’s countryside areas live in the care of their grandparents or other relatives – with some left to fend for themselves – because their parents have died or moved away to find work in cities.

In his suicide note, the boy decried the extreme abuse and vitriol he faced at home during the annual spring festival whenever his migrant worker father returned.

He said he had been raised by his grandparents, who are in their 70s, because his parents worked away from home in another city, and rarely came home except for holidays.

‘I don’t want to add any more burden on you, Mum and Dad’, says Chinese boy, 15, in suicide note 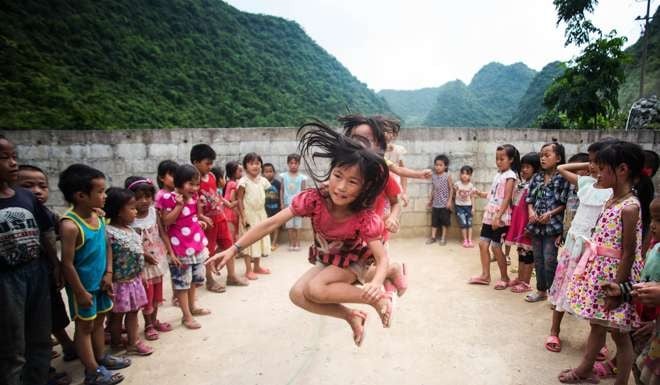 He said he was neglected by his parents throughout the year, but during the annual holiday the festive celebrations would become an ordeal because his short-tempered father would take his rage out on him.

“During the Lunar New Year season this year and last year, I have never had a good day. Last year, my dad beat me and yelled at me all because of the most trivial things. Because of that, I spent my whole year crying.”

Last year, my dad beat me and yelled at me all because of the most trivial things. Because of that, I spent my whole year crying.

The Chuncheng Evening Post did not manage to contact the boy’s father, but neighbours of the child confirmed that the migrant worker, who worked in Kunming – eight hour’s drive from the family home – and rarely came home to care for his family, struggled to make ends meet and took out his frustration on his son.

The news of the child’s death and the contents of his suicide note cause a stir on the internet, leading many bloggers to call for more attention to be paid to care for the nation’s neglected left-behind children. 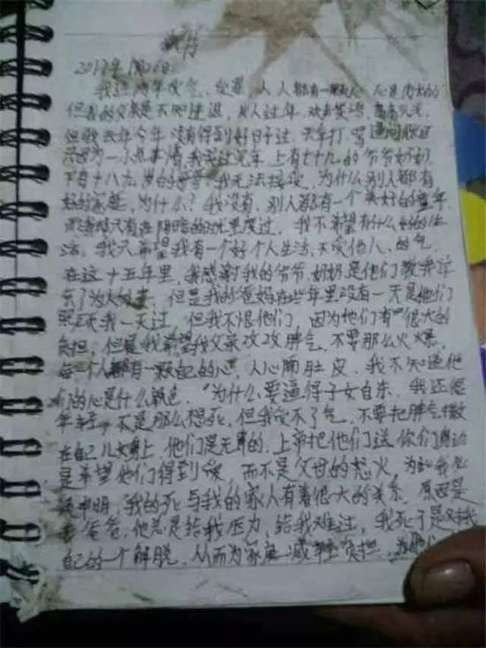 One social media user wrote: “Some people die to shock those who live so that we can offer a helping hand to those who are facing a similar tragedy.”

In 2010 the South China Morning Post reported that mainland had about 61 million left-behind children living in rural areas – almost three times the number recorded in 2000.

A study carried out by Peking University found that left-behind children often fell into a life of crime because of the lack of parental affection and guidance.

The survey of 1,000 prisons found that 17 per cent of them had grown up as left-behind children.

Want a divorce in China? Not if you do well in...

Confucius: the meaning of life